Do you want to learn about the best open source android apps for chess? Are you looking for more interesting ways of improving your love for chess? Well, it is time you get all the information and know that these android applications are great free sources that can help you out a lot.

ChessWatch is one of the two chess clock applications available in F-Droid. It turns an Android device into a impromptu chess clock, but it is not as nice as using a real chess clock. Use it to set the initial time on the clock, and the amount of time added to each player’s time after each move. The clock uses the Fischer delay method for adding time to the clock. The button for ending a turn is very small, and most of the screen is just wasted space. ChessWatch’s source code is available on GitHub, and the project uses the GPLv2. 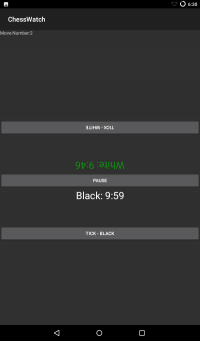 Playing against a computer or an online opponent is a rewarding experience, but it is not as exciting as playing a real person, face-to-face. Swiss Chess Tournament is a simple app for setting up a Swiss-system tournament. In a Swiss tournament, players play against opponents with similar rankings in each round without having repeat matches. While the app would benefit from some usability enhancements, this Apache2-licensed application is good enough for setting up a basic chess tournament for smaller groups. Swiss Chess Tournament’s source code is on GitHub.

Scid on the go

Scid on the go is a mobile viewer for Shane’s Chess Information Database files. These files are collections of chess games for study and review. The version of Scid on the go in F-Droid has not been updated since 2013, but the version in the Google Play Store has a version that was updated in May of 2015. Despite the fact that the F-Droid version is somewhat outdated, it can fetch and import files from The Week in Chess magazine with no problems, but it does seem to have issues connecting to ChessOK. Released under the GPLv2, Scid on the go’s source code is hosted on Google Code, and there does not seem to be a more up-to-date repository. 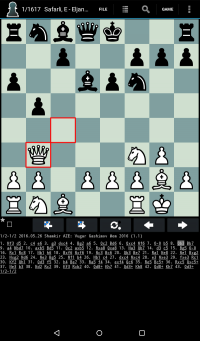