The Open Source Projects Startup Awards connects startups, investors and developers through our dedicated online platform. What makes the OSPSA unique is that it is an organization sponsored and run by active community members of well-known open source projects. We capture the entrepreneurs’ stories and make them available to a global audience via public speaking, online video, podcast, blogs and social media integration.

OpenFin is to the Fintech world what iOS is to the rest of the world. Banks, hedge funds and trading platforms have all installed the software on their desktops. In fact, according to the company, their OS has been deployed to nearly 1,500 companies and runs on 1,000 apps on 200,000 desktops.

In a nutshell, OpenFin OS modernizes trading apps. People in finance can now run their apps on a modern OS that is created for the digital era. The OS enables easy workspace management and automates your workflow. The best part? It runs on every operating system, including Mac, Linux, and Windows.

OpenFin is a thriving Fintech startup that’s active in the open-source community. With total funding of $25M, the company CEO’s mission is “to have the OpenFin OS on every desktop at every bank and buy-side firm.”

Jina AI is a Neural Search Company, providing cloud-native neural search powered by state-of-the-art AI and deep learning. Our mission is to build an open-source neural search ecosystem for businesses and developers, enabling everyone to search for information in all kinds of data with high availability and scalability.

Searching is part of human nature. Ever since we entered the information age, search changed the way we explore the world and access information.

After entering the era of big data and 5G, the world generates tens of thousands of pieces of data every minute of every day in myriad different forms: Text, voice, images, videos, source code, even chemical equations and biological genomes. Big data means big challenges, the biggest of which is finding valuable needles in this digital haystack.

Enterprises need to search freely and seamlessly across different documents, and do so quickly, accurately and efficiently. This presents both a challenge and an opportunity.

Jina AI was born in this context. We’ve built a unique neural-net-powered search framework with state-of-art AI, empowering individuals, organizations and enterprises in different domains and industries to build their own neural search platform, and dig out the information they need from the massive amount of data efficiently, quickly and accurately.

Jina’s technology not only leads the neural search industry, but also showcases our openness and inclusivity. As an open-source company, Jina advocates technology without borders, letting developers from all over the world use our framework to solve the unique problems faced in their industry.

The creators of popular open-source projects like Apache Spark, Delta Lake, and MLflow, laid the cornerstone of the Heptio in 2013. Today, the company is commercialising its products and is helping clients like HP, Comcast, among others, with data analytics solutions. Databricks offering includes its open-source projects that cater to the enterprise requirements.

Backed by investors, Databricks is now valued at more than $6 billion. The firm has been crucial for unifying data science and engineering across the complete life cycle, and in turn, reducing the cost of becoming a data-driven firm.

There’s an innovative startup company that’s reinventing the way traders communicate and it goes by the name of Cloud9. It’s a voice collaboration and analytics firm that offers voice analytics, sophisticated trader communication and transcription solutions to distributed financial teams.

The company was created in 2014 when a group of data scientists and engineers came together to develop a solution for cloud-based voice communications. According to its founders, the product can help financial companies “remain competitive, compliant, and profitable in the market”.

Cloud9 is another Fintech startup that has understood the value of open-source software. The company believes that voice services are destined to become an open ecosystem, like any other communication channel. Their goal is to integrate with partners that are active in the voice ecosystem to create a more complete service to their users in financial institutions. With total funding of $44M, the company promises that its product will reduce communications costs by up to 50% by eliminating pricey private lines and desktop hardware.

Conduktor: A GUI for Kafka 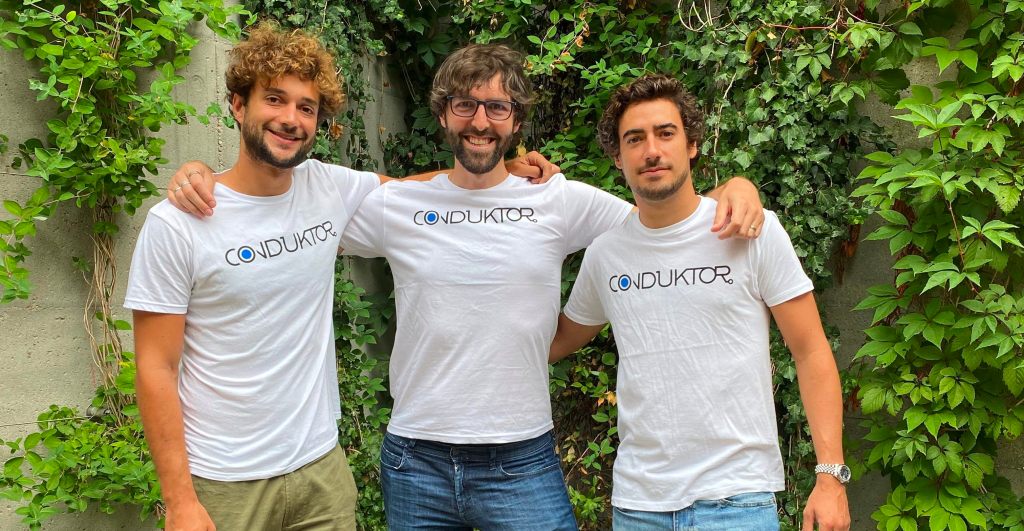 Companies that need real-time data in their applications often use Kafka, an event streaming platform built to handle common business use-cases such as processing ecommerce payments, managing signups, matching passengers with drivers in ride-hailing apps. Around 80% of Fortune 100 companies use Kafka to store, process, and connect all their disparate data streams — but Kafka requires significant technical nous and resources to fully leverage, which is where Conduktor is setting out to help with an all-in-one graphical user interface (GUI) that makes it easier to work with Kafka via a desktop client.

Conduktor last year raised $20 million in a series A round of funding led by Accel, as it looks to “simplify working with real-time data” on the Kafka platform.

Pronounced as ‘haw-shee corp’ the company is a unicorn in the data centre management. Started in 2012 by Mitchell Hashimoto and Armon Dadgar, the firms have emerged as one of the best in solving development, operations, and security challenges in infrastructures. In September last year, HashiCorp was fourth on Forbes Cloud 100. “It’s an honour to be recognised as one of the top private cloud companies,” said Dave McJannet, CEO of HashiCorp.

HashiCorp open-source products are embraced by various companies to manage operations on the cloud effectively. The rise of multi-cloud has brought numerous challenges in business operations due to the absence of consistency. However, HashiCorp is mitigating those problems and revolutionising way businesses operate between different clouds.

The semiconductor industry has a new player that has managed to raise $64.1M since its creation in 2015. The startup’s name is SiFive and it specializes in creating open-source chip platforms.

SiFive was founded by the designers of RISC-V, an open-source hardware instruction set architecture. Anyone can use the RISC-V free of charge to design, manufacture, and sell chips and software. The startup is encouraging more developed companies to design their own chips, just like Apple does. And they’re making it less expensive and less complicated for small startup teams to get involved with chip design.

The beauty of the customized RISC-V based semiconductors is that they help system designers reduce costs and time-to-market. According to SiFive’s CEO, Naveed Sherwani, the company has already attracted customers like Tesla, Toshiba, and Daimler-Benz. 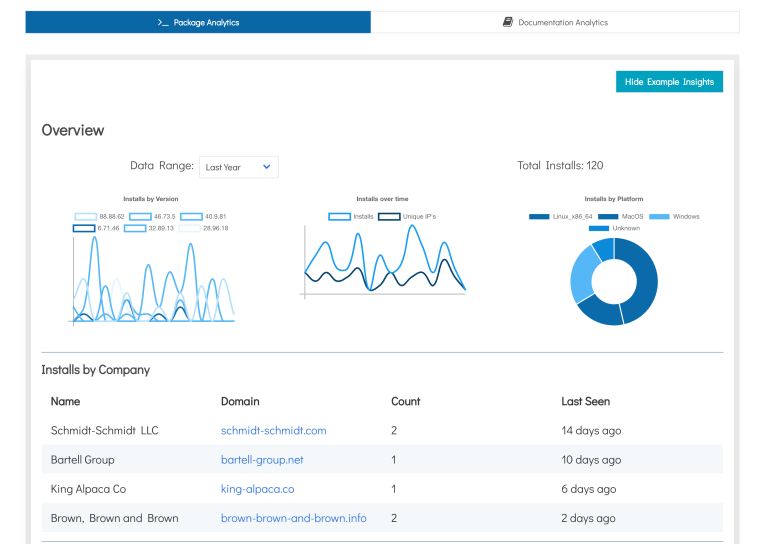 While open source software may well have eaten the world, the developers and companies behind open source projects often lack meaningful insights into their project’s use and distribution, something that Scarf has set out to solve.ADVERTISEMENT

The company’s core Scarf Gateway product serves as a central access point to all open source components and packages wherever they are hosted, and provides key usage data that the registry provider typically doesn’t offer. This includes which companies are installing a particular package; which regions a project is most popular in; and what platforms or cloud providers the package is most commonly installed on — it’s similar to Google Analytics, but for open source software.

After emerging from stealth back in March with $2 million in seed funding, the company went on to raise a further $5.3 million.

In 2013, a container technology was launched as an open source Docker Engine. The company behind the product was Docker Inc. and the founder was Solomon Hykes. In a nutshell, Docker is an open platform for building, shipping, and running distributed applications.

Experts agree that the startup has revolutionized software development and has made life simpler for software developers. Docker is active in the open source ecosystem through an array of projects that encourage the containerization movement. The company offers a number of tools and other components that help developers build, ship, and run their applications. In fact, millions of people worldwide have used these container components.

Get the flexibility of a freelancer, but the security as a full-time employee. Join Adeva’s global tech professionals network and level up your career. 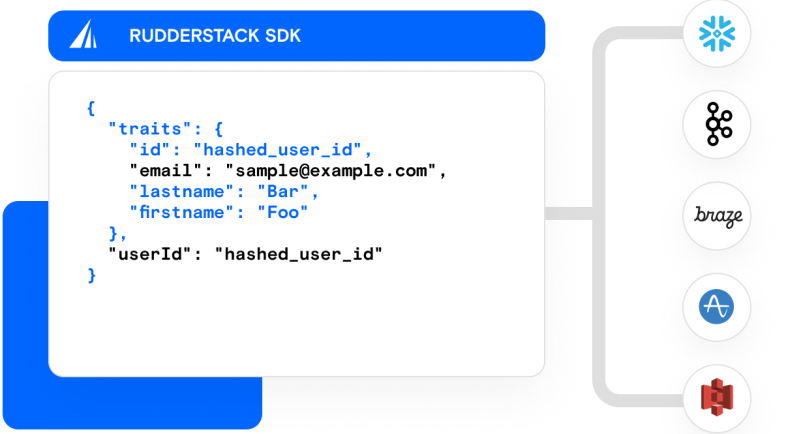 Customer data platforms (CDPs) bring the utility of customer analytics to non-technical personnel such as marketers, allowing them to derive key insights from vast swathes of data — CDPs serve as a unified customer database built on real-time data such as behavioral, transactional, and demographic, drawn from myriad sources.ADVERTISEMENT

While there are many CDPs to choose from, RudderStack is a developer-centric, open source alternative that affords companies more flexibility in terms of how they deploy their CDP. Indeed, it’s pitched as “data warehouse-first,” which means that users can retain full control over all their data in their own warehouse.

To accelerate its growth, RudderStack last year announced a $21 million series A round of funding led by Kleiner Perkins.

Open source technology has been gaining attention of big enterprises and mid-sized companies in the past few years. It is also becoming one of the most important factors in deciding on which technology to choose. This could be due to the popularity of open source code on social media platforms, or due to the security concerns related with closed source products, or due to software bugs that are frequently resolved in open source projects